In this Christmas mystery, lawyer Andy Carpenter and his golden retriever, Tara, are on the beat after a body turns up in the snow and a journalist is the prime suspect.

Christmas has come early to the town of Paterson, New Jersey, in the form of a snowstorm that dumps two feet of snow on the ground. Lawyer Andy Carpenter likes snow – white Christmas and all that – but it can cause problems for the walks he takes his dogs on every day.

When Andy’s golden retriever, Tara, goes to play in the snow and instead discovers a body, Andy ends up on the phone with the local newspaper editor. The murder victim is Mayor Alex Oliva, who had an infamous relationship with the newspaper. Last year a young reporter published an expose, and Oliva had him fired for libel. Now, the young reporter – and prime suspect – is in need of a lawyer.

Andy agrees to take the case, though it’s not looking good this holiday season. The evidence is piling up faster than the snow in Best in Snow, the next Christmas mystery in the bestselling Andy Carpenter series from David Rosenfelt. 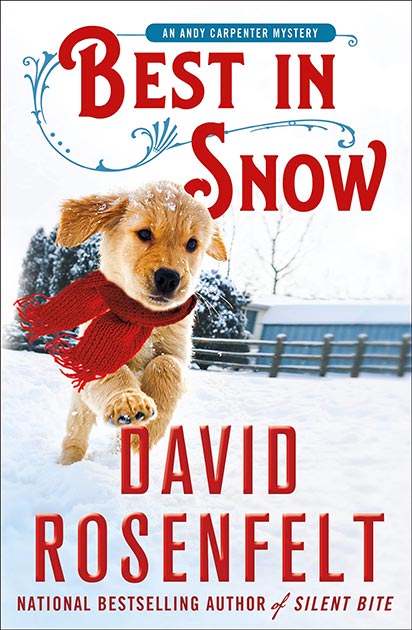