For the K Team, playing “good dog”, “bad cop” is all fun and games… until there’s a body on the scene, in the next K Team Novel by bestselling author David Rosenfelt.

The K Team enjoys investigating cold cases for the Paterson Police Department. Corey Douglas, his K-9 partner Simon Garfunkel, Laurie Collins, and Marcus Clark even get to choose which cases they’d like to pursue. When Corey sees the latest list of possibilities, there’s no question which one to look into next.

Corey’s former mentor, Jimmy Dietrich, had his whole identity wrapped up in being a cop. When Jimmy retired three years ago, his marriage quickly deteriorated and he tried–and failed―to get back on the force. Jimmy was left to try to adjust to life as a civilian.

Not long after, two bodies were pulled from the Passaic River. A local woman, Susan Avery, and Jimmy Dietrich. With no true evidence available, the deaths went unsolved and the case declared cold. This didn’t stop the whispers: an affair gone wrong… a murder-suicide committed by Jimmy.

Corey never believed it. With this case, the K Team has the opportunity to find the real murderer, and clear Jimmy’s name. Bestselling author David Rosenfelt returns in Good Dog, Bad Cop, where there’s little to go on, but that won’t stop Paterson, New Jersey’s favorite private investigators from sniffing out the truth. 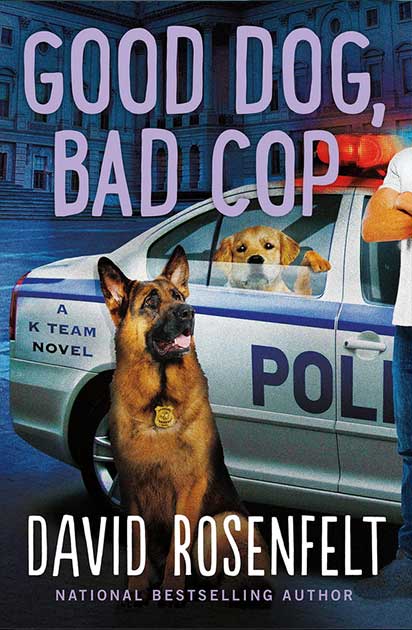